The ingredients in sun creams and lotions reflect the sun’s rays or make their radiation less harmful.

There will be a lot of sun this summer, so you better grab your sunscreen. We recently found that most sun creams protect against harmful ultraviolet (UV) rays pretty well, however, they could be made even more effective. The researchers determined that adding a particular antioxidant (a molecule that is thought to help slow or prevent cell damage) to sun cream could provide greater protection against the damaging effects of one type of UV radiation.

UVC, UVB, and UVA are all types of ultraviolet radiation that the sun emits. All of these are harmful, but UVC and UVB are the most harmful. Thanks to the ozone layer, many of the harmful rays are prevented from reaching the surface of the Earth. Unfortunately, not all of them. Nearly 95% of the UV rays that reach the Earth’s surface are UVA rays while 5% are UVB rays, which are more harmful to the environment.

UVA and UVB are both dangerous types of radiation. UVB causes damage to your DNA by directly damaging cells, whereas UVA causes damage indirectly by creating harmful compounds called “free radicals”. The molecules in these substances can damage fat, protein, and DNA within skin cells. When sun damage accumulates, it can lead to irreversible skin damage and an increased risk of developing skin cancer.

Sun damage can occur to anyone, regardless of their skin type. Although people with light skin are more vulnerable to UVB, UVA rays appear to be equally damaging to all skin types. Even those with darker skin can suffer sun damage, especially from UVA rays.

To protect ourselves from these harmful rays, we tend to use sun creams when we are outside in the sun. In general, these products contain either physical ingredients (such as titanium dioxide or zinc oxide) or chemical ones, which we know better as sunscreens.

Sunblocks behave physically by refracting or scattering the sun’s rays, whereas sunscreens bind to the sun’s UV radiation, converting it into a less damaging form that won’t harm the skin.

A growing number of sun creams are now infused with antioxidants, such as vitamins C and E, which help neutralize free radicals and protect against UVA rays. In the event that sun blockers or sunscreens don’t work, they will act as a backup.

This might sound promising, but studies have shown that these antioxidants add little or no protection to sun creams. UVA radiation has a damaging effect on skin cells not only because it produces free radicals, but also because it generates free reactive iron, which also damages skin cells.

In contrast to free reactive iron that is necessary for the body’s function, free reactive iron can create very damaging free radicals that are especially destructive to skin cells. It has been shown that vitamins C and E do not seem to be effective against free iron.

The antioxidants found in fruit and bark, however, are also protective against UVA damage to human skin cells. These anti-oxidants may play a dual protective role against UVA damage, according to recent research. Researchers found that this type of antioxidant could neutralize free radicals as well as trap free reactive iron, two molecules that accumulate in the skin whenever UVA rays are absorbed. Sun creams containing these antioxidants would therefore serve as an additional line of defense.

Sun protection could be improved by adding this ingredient.
In order to make sun creams more effective for a longer period of time, further research needs to be undertaken on how to extend the shelf life of these antioxidants. Likewise, researchers should test whether these antioxidants offer similar protection on humans.

Despite this, sun creams on the market still serve an important function of protecting us from sun damage – in fact, they provide some protection at least, so you should ensure you have a few on hand.

Taking care of yourself
When it comes to protecting yourself from the sun, you should avoid going out between 11am and 3pm. In the event that you must be in the sun – because of your occupation, for example – it is best to wear sunscreen and stay in the shade as much as possible.

Don’t forget to use proper amounts of sun cream, which is 2 mg per centimetre square of skin. During swimming, this is equivalent to applying two tablespoons of sun cream to the face and body combined. However, people often apply their sun cream with a quarter of this amount or even less, meaning they may be missing out on its protective effect.

Choosing the right SPF (sun protection factor) is also important. If you have very light skin, you should use products with a high SPF (SPF 50 or higher) and a five-star UVA protection factor (UVA-PF), which will be on the label.

If you have darker skin, you should use an SPF of at least 30 with a five-star UVA protection factor. Look for a UVA logo on the bottle if the SPF is more than 30. It is therefore compliant with EU standards and protected against both UVA and UVB rays.

Fruits That Are Good For Skin

The Importance of Post-Tanning Skincare

The Ultimate Guide To Caring For Your Tan Skin

How to Fake a Sun-Kissed Glow

We will be happy to hear your thoughts

Fruits That Are Good For Skin

3 Tips for Flawless Skin Everyone Should Know

How to Find the Perfect Facial Cleanser for Your Skin Type

The Ultimate Guide To Caring For Your Tan Skin

How to Fake a Sun-Kissed Glow 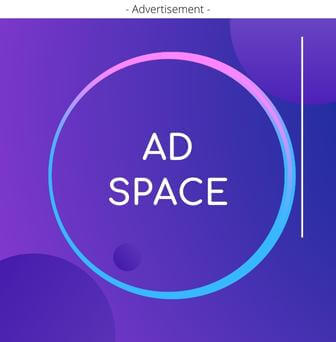 In order to give you the best value for your money, we at Stay Golden Boutique strive to offer you the lowest prices on the highest quality and most effective self-tanning products. Furthermore, when you purchase items through our links, you are supporting us because we may earn a commission.